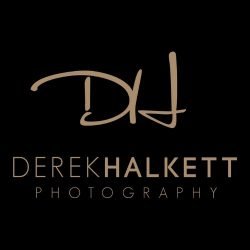 I am so excited to share this moody Devil’s Hopyard State Park engagement session.  Melissa and Brian chose to have their engagement session at Devil’s Hopyard State Park located in East Haddam, Connecticut.  In 1919, the former State Park and Forest Commission obtained an 860 acre parcel located in the Millington section of Haddam.  The principle feature of the park, Chapman Falls drops more than sixty feet over a series of steps.  The falls also once powered “Beebe’s Mills” which were named after the original owner. The mills operated until the mid 1890’s.

Intrigued by the name, I did some research and the origin of the name “Devil’s Hopyard” reveals a wide variety of different stories; none of them are verifiable and all are likely to be more fiction than fact.  One of the most popular of these stories is about a man named Dibble, who had a garden for growing hops used in the brewing of beer. It seems that through usage, Dibble’s Hopyard became Devil’s Hopyard. There are records of several farmers having hopyards in the area, but there is no mention of a landowner named Dibble. However, Dibble might have been a tenant.  Another tale focuses on the potholes near the falls, which are some of the finest examples of pothole stone formations in this section of the country.

We got the opportunity to explore the park, stopping at Chapman Falls, the covered bridge and some other beautiful spots in the park.  This was the first time I had been to the park and am excited to share a first look at their engagement session.  Thanks for stopping by.

To book your engagement, wedding or portrait session, please feel free to contact me by clicking here